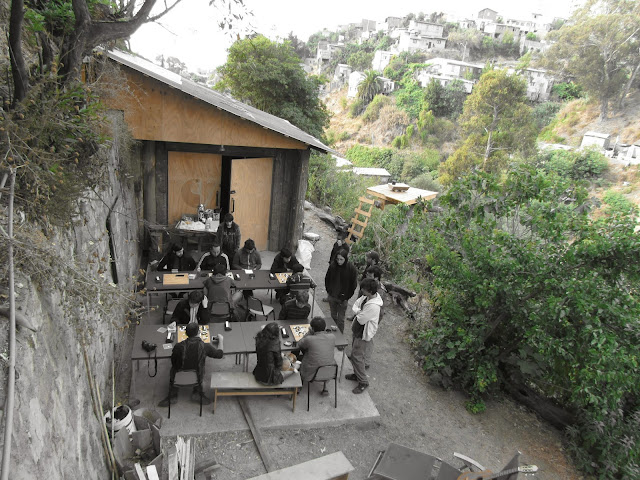 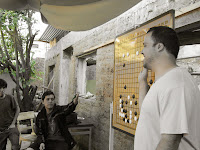 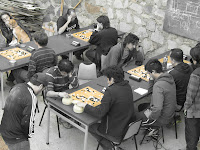 "We had long and tough struggle in the board"

Says Arturo Gomez one of the local players of Valparaiso GO Club.  So it was... after three days of playing three games three hours each, not to count the long analysis till midnight.. even until next day.  This seems a little crazy if you read this and did not come. The high dose of adrenaline, involving important decisions on the board, lead to a unseen capacity to play more than 16 hrs a day, just for.."distraction". Other more sceptic, says this game is worse than heroine.... and so it does! 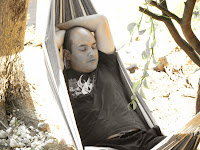 ...jokes one of the many participants that prove that the wine, the meat, the fire, is part of the frienship of our camaraderie. This is GO, a way to leave behind all our differences and start working on our strongness, on our passion that is balance.

We were honored by having two teams from Punta Arenas, regardless of the three thousand kilometers that separates these two lovely cities. Showing that the will of playing, is among the priorities in a Go player. This compromise is clearly shown on the final result, as the first team was the N°1 of this historical encounter.

Thanks to all Chilean GO players that participated on the first version of this championship. We all have been part of a long tradition that was slept, now awaken.